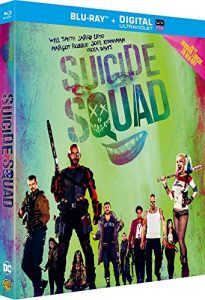 It’s so much fun being a scumbag! Faced with a mysterious and invincible threat, secret agent Amanda Waller has cobbled together an army of the very worst kind of scoundrels. Armed to the teeth by the government, these Super Villains embark on a suicide mission. Or at least until they realise that they are lambs to the slaughter. Will they accept their fate or will they rebel?